The letter Y is the 25th letter in the English alphabet.

In numerology, the number 7 represents hidden meaning, hidden wisdom, life’s mysteries, and the search for mystical knowledge. Some believe 7 is one of the holiest of numbers. With Y being a “7” letter, we can then conclude that Y holds some interesting knowledge. But what?

Ever wonder why (pun intended!) the letter Y is shaped as it is? Ever think that there could be a very specific meaning as to why letters are shaped the way they are? Most people don’t even think about stuff like this! The basic uppercase Y in the Times New Roman font is very intriguing.

The shape of the glyph is that of a fork in the road, a split in direction. The vertical, bottom portion of the Y stands straight up. Then about a third of the way up, the split begins. The Y takes form with a diagonal line to the left and another diagonal to the right. See the image below: 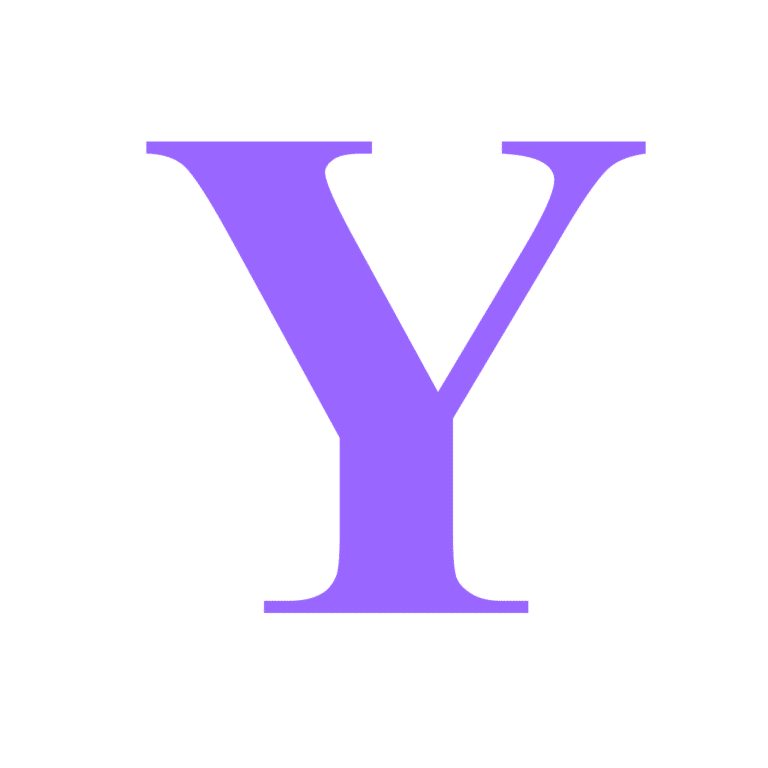 Notice that the Left diagonal is fat and wide while the Right diagonal is thin and narrow. There is a reason for that! The Y symbolizes choice. Let’s back up a little…

Symbolism of the Letter Y

The wide, vertical base of the Y represents youth (interestingly enough “youth” BEGINS with a Y). Everyone begins their journey on the path of life. When we reach a point in our lives, perhaps the point just after our first pinnacle (see Pinnacles & Vibration Numbers – coming soon), we as humans have a choice.

The choice is either to follow the path of the left, which is the material, physical, earthly path or the path of the right, which is the spiritual, virtuous path. There are several references to the “narrow path” or “narrow way” in most large religions. In the bible, Matthew chapter 7 (of course it’s in chapter 7..) specifically says:

Understanding the letter Y glyph helps us interpret the letter’s meaning. The majority of people are born and raised in a very physical, earthly fashion. This is not inherently negative nor a bad thing. Those that do not care to seek the deeper meanings of life and existence continue on the wide, left path and seek what is known as “Earthly Wisdom”. The super vast majority of people choose the left path, and that is just fine.

Those that choose the right path, however, seek the path known as “Divine Wisdom”. This path is usually the tougher route to take, as that same super vast majority of people will not understand your decision to do so. Remember, the narrow path is narrow for a reason; not many people tread this path, nor is the path meant for the masses.

The wisdom and esoteric knowledge of the letter Y is based in choice.

View other letter origins and meanings in our letters archive.