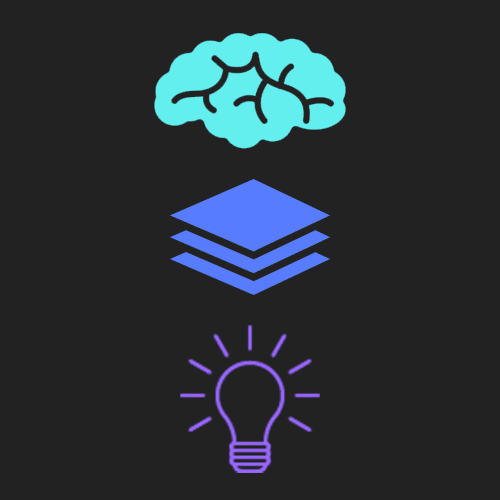 Ever wonder why certain people just won’t, don’t, and can’t see reality differently than how they currently see it?

To expand one’s consciousness, it seems there are three qualities or characteristics that are needed. Most people have portions of one or two of the qualities, but lack enough in one of the three to hold them back from bettering their minds and leveling up to enlightenment. The three qualities are:

The order of importance may very well follow the order above.

Unfortunately, today many people lack in all three qualities. They simply shut out anything beyond their current belief(s) or comfort zones. This doesn’t make them bad or negative people, though they may not be helping the advancement of humanity either.

Before we go into further detail, let us premise that the three base qualities tend to be present in everyone that has changed their consciousness. The ability to move your own consciousness has a direct relationship to having each of the three characteristics mentioned.

Once people suspend their current beliefs just for a moment, many end up finding pure truth. Although the three qualities very well could be prerequisites for most, everyone certainly has their own path and can find their own pure truth in different ways.

From what we at Yottamind have trended though, the massive-super-majority of people have had these three characteristics present in their being and essence when they have stepped into the truth and reality of higher consciousness.

An open mind is likely the characteristic needed the most. Having the ability to see other perspectives than just your own is paramount in expanding and raising one’s consciousness.

Most people are stuck in their beliefs that were taught to them during their childhood or foundational years; hence, they never care or desire to change. Some others have already ventured out to new truths, beliefs, and perspectives, showing the capability to have an open mind. Then, for some reason, they turn off the open mind, the very thing that got them where they are today. This can be just as bad as never having an open mind in the first place!

Though one’s current beliefs may be truth, it is almost inevitable that other views and perspectives will also lead to pure truth as well. For those that have had an open mind in the past and found their truth, if you found one truth, there are likely more. Just because one truth exists doesn’t mean everything else is false. Consciousness, as many people have found, has infinite truths.

Having an open mind is the gateway to a higher consciousness. How can one improve if they turn off their ability to see the next level?

Anyone that has “figured out life” or found their one and only truth/consciousness is simply stuck on their own level.

Upon finding additional truths and perspectives through an open mind, a deeper capacity is absolutely imperative.

It is difficult to layer consciousness and additional perspectives in a shallow mind; therefore, capacity is absolutely needed to fully connect the new information into one’s consciousness and reality to deeper levels.

Consider a 1 GB hard drive versus a 1 TB hard drive. The 1 TB hard drive has 1024 GB. There is much more depth and capacity there to hold information. The same goes for the human brain. Some people have depth, some just don’t.

Having capacity (of mind) means one has the ability to comprehend, determine, and discern the additional truths. Also, capacity allows us to link and understand the new information on multiple levels.

Ever talk with someone that was shallow? Not in a negative, immoral manner; but in a capacity manner. You probably didn’t talk with  them… you probably talked to  them. Shallow people are everywhere. Society seems to turn off the access to the depths of most people’s minds by clouding the conscious mind with nonsense and trivial information. It’s rare to have a friend or family member that has the capacity to discuss consciousness. Their focus is lacking, their attention is scattered, and if by chance you actually capture their attention and focus for a moment, the information just doesn’t really reach them beyond a certain level. The “get it”, but don’t really  get it.

Someone with  capacity will start connecting truths of reality to deeper levels and will retain the new information to improve and increase their own consciousness.

The final prerequisite for expanding one’s consciousness and truth is intellect. By intellect, we mean the ability to reason truth objectively without bias.

Intellect is especially needed when reasoning things that are not of the physical realm, like thoughts or abstract ideas. Most of the time, people think “smarts” when defining intellect. Being smart is different than having intellect. Intellect, some argue, is a God given gift that some people are born with.

Others practice intellect by exercising their reasoning mind on ideas, thoughts, or topics. Unfortunately, the topics that most people chose to improve their intellect on are inconsequential and (in the grand scheme of things) absolutely empty.

Intellect is certainly a benefit to have when seeking deeper truths and higher consciousness. Do you know people that blatantly ignore facts or simple probabilities? They are showing very low intellect in doing so in those topics. That does not mean they are dumb. Some of the smartest people in the world still lack intellect.

Think about the breakdown of the syllables in intellect. IN-TEL-LECT ~ Inner-far-language~ Your inner voice goes a great distance to reach and communicate to you! Those that ignore their inner voice miss out on the reasoning and understanding of greater truths.

Final Thoughts on the 3 Qualities

Take a true self-account on these and ask yourself, “Which are my strong suits? Which are my weaker ones?”

Don’t be discouraged if you truly have none of the above. If you are reviewing these qualities in yourself right now and have read this far on your own accord to improve your consciousness, you are probably beyond most people thus far.