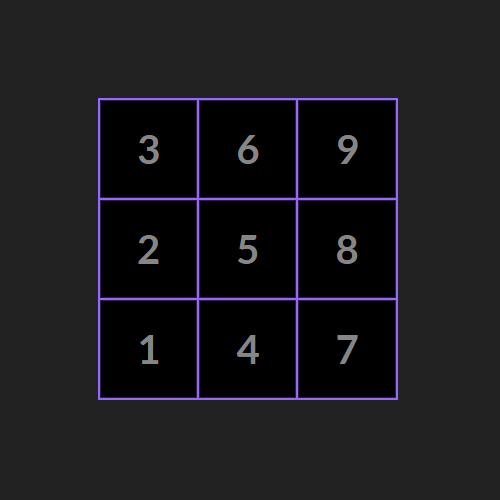 The Arrows of Pythagoras, also known as the Lines of Pythagoras, are the patterns or “lines” that appear from what Yottamind calls the “numeric birth chart”, which is a form of grid arithmancy with a Pythagorean influence.

The numeric birth chart is a 3×3 grid with the numbers 1 through 9 plotted like the image below: 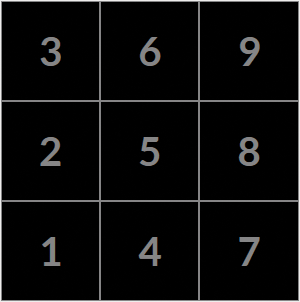 ORIGINS OF THE NUMERIC BIRTH CHART

There are very few charts or grids that resonate as much as this numeric birth chart. One semi-similar grid system is the Chinese Lo Shu Grid, though in which a person’s birthdate digits would be plotted throughout the 3×3 grid. The order of the Lo Shu Grid numbers is slightly different than the above layout. The meanings are also a bit different as well, though some would argue the essence of each meaning is similar. The Lo Shu Grid follows the order of the magic square sequence while the grid shown above follows a Pythagorean thought process.

Regardless, once each digit is plotted, the presence or absence of particular numbers tends to shed light on that person’s innate strengths and/or weaknesses. This certainly isn’t an end-all be-all forecast for each person, though it’s accuracy is quite stunning in most cases for those that are in tune with themselves and the universe.

With the ideals and teachings of Pythagoras applied to the 3×3 grid, the alignments of the numbers hint towards earthly, physical numbers on the bottom and middle rows, while the most spiritual numbers (3, 6, 9) inhabit the top row. Consider that Earth is below our feet while the heavens and spiritual realm exists above us. This is consistent with Nikola Tesla’s understanding of the 3, 6, 9 phenomenon as well. Regardless, the alignment of the numbers for this numeric birth chart are set and seem to unveil quite a bit once your birthday digits are charted.

PLOTTING YOUR ARROWS OF PYTHAGORAS GRID

To plot your birthdate, simply tally or write in however many digits of each number appears in your full date of birth. See the example:

When there are multiples of a number, each occurrence is plotted in the respective numeric box within the grid. In this example, there are two 1’s.  The bottom left box that represents the number 1 would have have “11” in it, representing the two 1’s from the birthdate. See the example below: 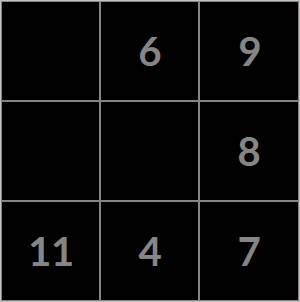 THE UNVEILING OF THE ARROWS OF PYTHAGORAS – STRENGTHS

Remember the game almost every child learns called Tic Tac Toe? Turns out that Tic Tac Toe has it’s origins in ancient Egypt, which makes it all the more interesting considering that the  same principles  apply to decoding your numeric birth chart. 🤔

In Tic Tac Toe, three X’s or three O’s in any straight line in adjacent boxes yields a win for one player and a loss for the other, resulting in the ever-so-satisfying line of victory! Just like in Tic Tac Toe, when there are three adjacent boxes that contain a number in the numeric birth chart, the Arrows of Pythagoras become unveiled.

In this case, there are in fact two lines that form. The bottom row of the 1 box, 4 box, and 7 box all have at least one digit present. One Arrow of Pythagoras appears there. But also, there is another line for this birthdate, the 7 box, 8 box, and 9 box create another Arrow of Pythagoras. See the image below: 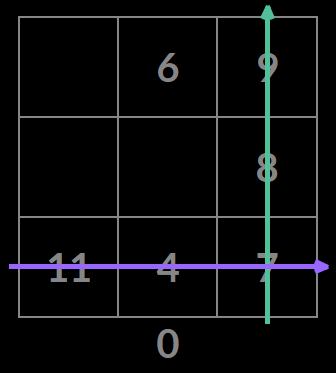 Also notice that the 0 from the month of July (07) is plotted below the chart. These 0’s also have meaning, but we’ll get into that in another post or section of the website.

When there are three adjacent boxes that are missing digits from your birthdate, the result is an Arrow of Pythagoras, but in this case these missing number lines would be challenges instead of strengths.

For example, if the birthdate that we used for an example was April 14th, 1986 instead of July, the chart would appear like this: 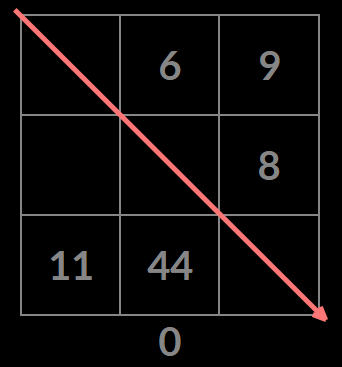 MEANINGS OF THE ARROWS OF PYTHAGORAS

We will provide our perspective and meanings of each Arrow of Pythagoras in later posts or sections of the website.

For now, check out your birthdate and Arrows of Pythagoras with our Numeric Birth Chart Calculator